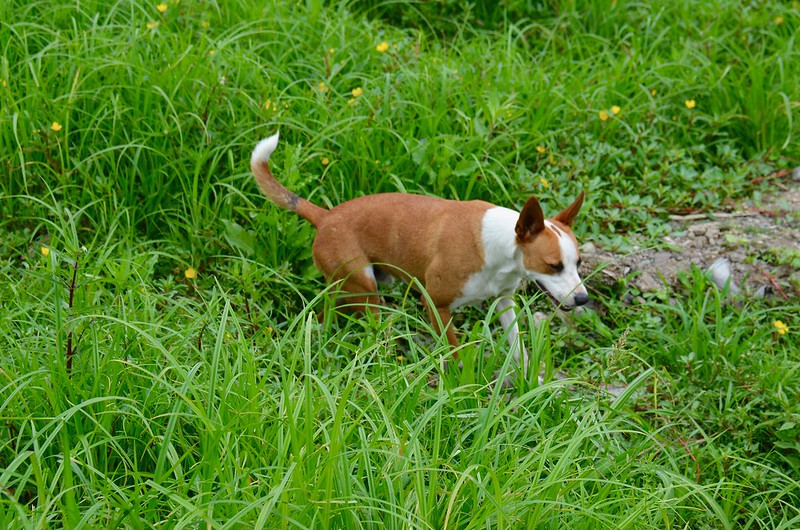 A dog explores the weeds and grasses near Lake Chapala, Jalisco, Mexico

Statue of a young child in the Huichol exhibit, Museo Zacatecano, Zacatecas, México

At the festival
celebrating girls and boys
no one waters thorns.

lantern festival—
certain that the others’ light
will guide her footsteps

rising as balloons
a thousand clouds at daybreak—
autumn festival

Sunday morning our neighbor, a high school history teacher, wheeled his bicycle into the street and pedaled away for his customary ride. He never came home again. About an hour later, two police cars and a police motorcycle arrived, bringing the teacher’s bicycle, his helmet—and bad news. Throughout the day we gathered bits and pieces of information from another neighbor. No, the teacher hadn’t been struck by a car. Apparently he had a stroke or a heart attack, and toppled from his bike. Rushed by ambulance to a local hospital, he hovered between life and death for several hours. By nightfall, he was dead. What started out to be an exciting summer festival of rest, relaxation and recuperation for a weary educator turned into a season of mourning for his wife and two grown children.

for the festival
a bauble on the table
necklaces of fire